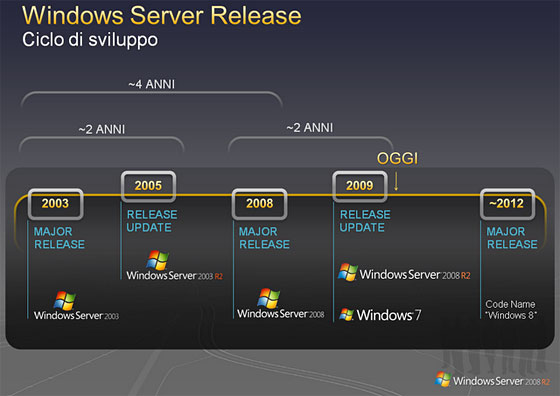 “Robert Morgan is working to get IA-128 working backwards with full binary compatibility on the existing IA-64 instructions in the hardware simulation to work for Windows 8 and definitely Windows 9.”

“Robert Morgan is using Hestia (custom software package) for experimenting with the processor for scientific analysis and 3D graphics. Error: Memory Latency? Always gotta be a challenge barrier, it’s gotta be a bug in Hestia. right?!”

For the upcoming version of Windows, new critical features are being worked on including cluster support and support for one way replication. The core engine is also being reworked to provide dramatic performance improvements. We will also soon be starting major improvements for Windows 8 where we will be including innovative features which will revolutionize file access in branch offices

DFSR is Microsoft’s premier file replication engine and is an integral part of our branch office strategy and File Server role. It can scale to thousands of servers and replicate hundreds of terabytes of data. We have shipped the technology that powers file sharing in Windows Live Messenger, Windows Meeting Spaces (Vista) and Branch Office replication in Windows Server 2008 which has strong customer deployment. DFSR technology saves MS-IT and our customers more than 80% WAN bandwidth by using advanced On-The-Wire differential compression,” the software giant adds in the job posting.

The minimum that folks can take for granted is that the next version will be something completly different from what folks usually expect of Windows – I am simply impressed with the process that Steven has setup to listen to our customers needs and wants and get a team together than can make it happen. To actually bring together dozens and dozens of teams across Microsoft to come up with a vision for Windows.next is a process that is surreal! The themes that have been floated truly reflect what people have been looking for years and it will change the way people think about PCs and the way they use them. It is the future of PCs…